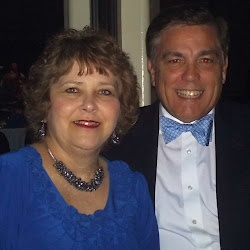 When Mack received his transplant on January 8, 2005, he was the first Hemophiliac in North Carolina to receive a new liver. He outlived all the doctors’ initial expectations and continues to thrive thanks to his faith and a selfless gift of life.

After his parents discovered that he bruised easily as a child, he was diagnosed with Hemophilia VIII, which means his blood would not clot easily. A simple procedure for most individuals, such as having a tooth pulled by the dentist, was much more serious for Mack. In the third grade, he had a serious bleeding episode for thirty days.  Even something as minor as a damaged toenail forced him into the hospital for 11 days as a teenager.

As the years passed, Mack experienced more joint bleeding (common in individuals with Hemophilia).  In 1980, he contracted Hepatitis C from contaminated blood during a transfusion. Then, five years later, the Hemophilia Clinic at UNC Hospitals discovered that he had developed cirrhosis of the liver.  The doctors shared with Mack that he would only have five years to live.

Mack ended up living an additional 20 years before a liver transplant became the only option.  But, it was not an easy time.  He stayed nauseated for five years before the transplant, and it caused him to have to lie down on the sofa or back in his recliner. Mack was unable to go out and play with his youngest son. He went to church with his family, and many times he would slump in the pew from exhaustion and nausea. Mack went with his wife to get groceries and hurried back to his chair. He helped two daughters find their wedding dresses and was able to go to their weddings. One married, February, 2000 and the other one married eight months later in October.

One of the challenges in Mack's case was the doctors needed to ensure there was enough blood clotting medicine in his system, or else he would not survive the surgery due to his Hemophilia.

After waiting in the ICU over the Christmas holiday and into the start of the following year, Mack received his new liver. He maintained the strongest trust in his faith during this time and knew that his faith would take care of him throughout this experience. Not only did Mack receive an incredibly healthy liver, he was also cured of Hemophilia.  He began to have more energy than ever before and continued to serve both his spiritual community as well as the donation and transplantation communities.

Mack and his family found incredible support from the church they were members of in Greenville, NC. This support took the form of prayers, kind words, and financial assistance. Mack's wife, Susan, stood by him through thick and thin. She always understood and felt for him and his problems. "I could not have asked for anyone better."  Mack said. Mack has four children and one stepson that also mean a great deal to him.

His youngest son, Kyle, wrote a poem for his six grade classroom project:

"Getting My Dad Back"

It was in January of 2005,
when my Dad was just barely alive.

A liver transplant is what he needed,
and the doctors said that he wasn't leaving.

He got some blood a long time ago,
and Hepatitis C got into his blood flow.

Cirrhosis is what my Dad had,
and we were hoping that the tumors wouldn't go bad,

Everyone in my family was sad,
and a heart-wrenching feeling is all that I had.

A feeling of nerves and anxiety had been cast,
of wondering if today was my Dad's last.

Watching him so sullen and just laying there,
giving us all feelings of nothing but despair.

On the seventh of January we get a call,
that there might be a liver after all.

But there seemed to be too much fatty tissue,
which turned out to be quite an issue.

The disappointment I cannot describe,
when doctors said that the operation was unwise.

But what a turn around it would turn out to be,
when the doctors said a operation they could foresee.

A perfect liver they had found,
and my Dad went in as happy as a clown

Waves of encouragement it did bring,
while fear crept in entirely unseen.

Once again we travel to Chapel Hill,
while dread and excitement our hearts did feel.

We played cards to relieve the stress,
but everyone still knew that our family could have one less.

Thankfully God pulled through,
everything was OK and my Dad was a new dude.

January 8 became a memorable day,
it is all we can think about, all we can say.

It was the day our lives changed forever,
and gratefully now my Dad is better.