Julie: Two Gifts Gave Me Back My Freedom 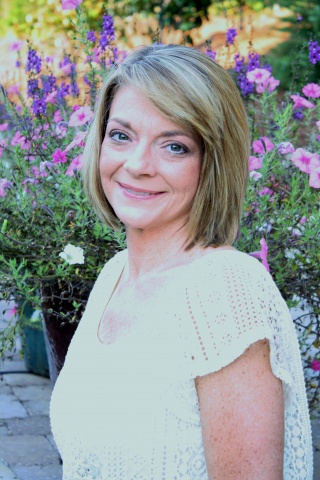 I was diagnosed with Type 1, insulin dependent, diabetes at the age of 10. That was in the late 1970’s and treatment options at that time were very limited. I was started on insulin at that time and faced many challenges during those first few years as I adjusted to living with diabetes. Those challenges continued throughout my teenage years while, at the same time, I experienced many advances in the treatment of Type 1 diabetes. My parents were told that I would probably not live to be 30 and that I would never be able to have children.

Life with diabetes was a constant balancing act and it had some impact on every aspect of my life. Of course, I became more independent as a young adult and occasionally rebelled against my disease. However, I was able to attend college and become a Registered Nurse, something I had always wanted to do. I married a wonderful, very supportive man and after a lot of hard work and a few struggles along the way, we were able to have a beautiful, healthy baby girl.

My 30th birthday was marked with tears of joy as I had overcome the odds so far and continued to do well managing my diabetes. I was using an insulin pump at this point and life was a little easier. But as time continued to pass, and my life with diabetes was at the 20+ year mark, I began to slowly experience some of the minor complications associated with this, then incurable, disease. My blood sugar became more difficult to control and more unpredictable. I was beginning not to have some of the warning signs associated with hypoglycemia (low blood sugar) and most of the time I just did not feel well. As time continued to pass, these things continued to be more and more difficult to manage. I continued to look for advancements in treatment and was willing to try anything and everything I could to improve my control of this uncontrollable disease. I experienced many ups and downs during those years.

By 2009 I was beginning to experience daily hypoglycemic episodes that I rarely could recognize on my own and many times they were becoming life and death situations. These episodes were very unpredictable and they occurred in the middle of the night, while I was driving or when I was alone. Most of the time, I was unable to take care of myself when I became hypoglycemic. I was at the point that my disease was affecting everything I did and did not do. My disease was controlling ALL aspects of my life and the life of my family. I was never left alone for more than 15 minutes at a time. This made things more and more difficult and I lost more and more control despite all of our efforts. I was at the 30 year mark and time was taking its toll.

After numerous attempts at every treatment option presented and no real success, I discovered a clinical trial for treatment of Type 1 diabetes that was being conducted in the US. The closest participating center to my NC home was Emory University Hospital in Atlanta, Ga. I applied for the study in February 2011 and finally, after meeting all the criteria, completing all the testing and filling out numerous forms and questionnaires, I was accepted as a patient.

On July 11, 2011 I was placed active on the UNOS list for pancreatic islet cell transplant. I only waited 8 days for "the call" and on July 19 made my way to Emory University Hospital for my first Islet Cell transplant. I received 337,680 islet cells from an organ donor on July 21, 2011...two days before my 43rd birthday.

My life changed dramatically at that moment. Even though I did not become insulin free with the first transplant, I did reduce my insulin requirements by more than half. More importantly, I did not experience any more hypoglycemia (low blood sugar). I continued in the study and continued to live a new life, free from many of the complications and challenges I had been facing for the last 33 years.

Since the goal was to be insulin free, or independent, after more testing 75 days post-transplant, I was again placed on the UNOS list for pancreatic islet cell transplant. This occurred on November 16, 2011. I waited a little more than 3 months this time for "the call". I received that important call again on February 27, 2012 and received 365,895 islet cells from a second generous donor on Leap Day, February 29, 2012 and was able to enjoy total insulin independence.

This experience has been life changing for me and for my family as well. I could never have imagined the changes I have been blessed to experience. My new life is a life of freedom, a life with excitement instead of dread with every blood sugar check. I am now allowed to go places all by myself. I can make rational decisions, I can drive without endangering myself and others, and I can participate in physical activities without worry. I no longer face the unknown related to the long term complications associated with diabetes. My family also has new freedoms. Freedom from worry and the unknown, freedom from caring for me 24 hours a day, 7 days a week.

None of this would have been possible without those who made the important decision, and took action on that decision, to become registered organ donors. One donor can change the lives of so many who are waiting and provide them with hope for a new life of freedom. Not a day goes by that I don't think about my two donors, their lives and their death. On the days I celebrate my anniversaries and successes, I think of their families who mourn and hope that someday they will be able to celebrate as well. Celebrate the incredible difference their loved one made in the lives of others.