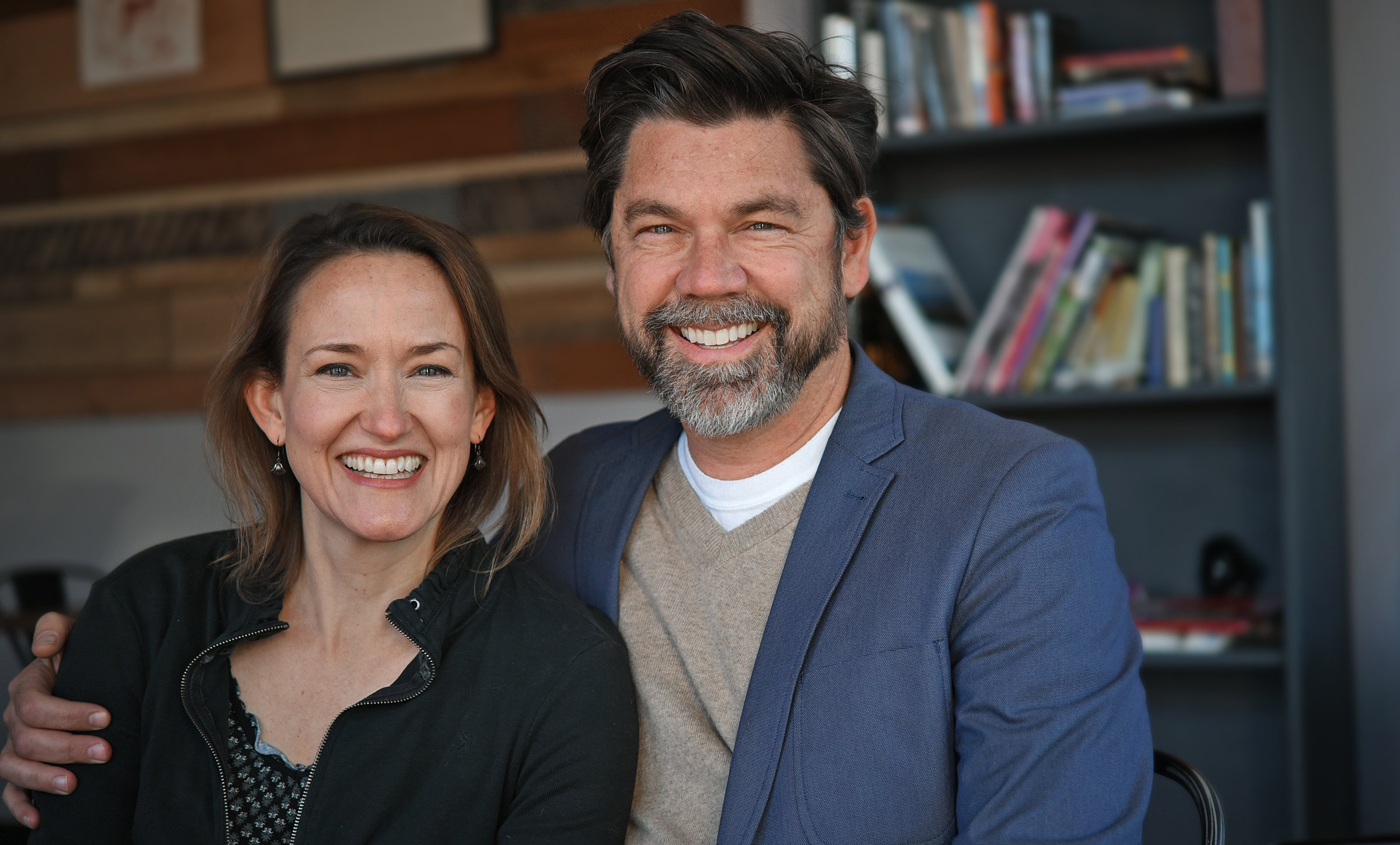 My living kidney donation story began in 1999 during a routine exam for life insurance policies. At the time, my husband, Sean, and I had a young toddler. My consequent awareness of her vulnerability - and complete dependence on us - led us down the path of wills and life insurance plans should anything happen to us.

After a nurse visited our mill house in Saxapahaw and expressed concern over high protein levels in Sean’s sample, she directed him to get further testing. Before we knew it, Sean was at Duke for a biopsy; soon after, he received a diagnosis of FSGS, or Focal Segmental Glomerulosclerosis, a disease that affects the kidneys’ ability to filter waste. Because it was early enough in the diagnosis, Sean was able to manage his kidney health through medication, diet, and regular visits with his nephrologist, Dr. Eugene Kovalik. So for the following six years, his kidneys remained fairly stable.

In 2005, Sean’s health began to decline with symptoms that included nausea and shortness of breath. His kidney function was declining, and a visit with his nephrology team confirmed Sean’s need to go on the deceased donation transplant list. The team mentioned living donation as an ideal solution, which planted the seed in my head to consider being Sean’s donor. My father, who was 72 at the time, also offered to get tested but soon learned of major heart problems that would preclude him from being a donor (and would require three surgeries shortly thereafter).

I’ll admit, I had a couple of key concerns as a living donor: first, that something could happen to both of us during our surgeries, leaving our now-two young children parentless; and second, that I would awaken during surgery but remain temporarily paralyzed. (I realize that this second concern was a bit out there, but that’s how my anxious brain works! Plus, I had never been under general anesthesia prior to this.) As Sean began to feel worse and faced the need for dialysis, I found it much easier to make my decision and set aside those particular fears. I asked the Duke team to begin the process of testing to see if I might be a suitable donor match.

My testing process was thorough. Any concerns with one test would lead to another test to rule out any problems. After several months, they gave me the green light and we were able to establish a surgery date. It was a relief to have a set date, as Sean was feeling worse by the week. He was going to dialysis three times a week, which left him physically and emotionally drained. I look at pictures of him during that period and am struck by how pale and thin he was -- something that is more difficult to observe when you are living with a loved one whose health decline is somewhat gradual.

We had our surgeries at Duke on June 12, 2006. Our children were in the care of extended family in Mississippi, and my parents had driven up to North Carolina to be with us, along with a childhood friend who flew in the day prior. We arrived at the hospital before dawn; after check-in, we went to separate areas for pre-op. Sean and I saw one another once more, giving one another big hugs before signing living wills and heading into our separate operating rooms.

The last thing I remember prior to the surgery is the anesthesiologist asking me to count. The next thing I recall is waking up in the post-op, completely oblivious to the fact that five hours had passed. I couldn’t see very well, as I’m fully dependent on corrective lenses to see beyond blurred images. That said, as I was wheeled down a hall towards a private room, my heart filled when I saw familiar family figures off to the side - eager to see me after hours in the waiting room.

Sean remained in ICU for several days, as that period was critical in determining whether his body would accept the new organ. When I was able to hobble down the hall to visit him, I could see the improved color in his face and knew that in spite of recovering from an even longer, seven-hour surgery, he felt better than he had in months. The kidney worked quickly, so at that point, the main challenge was to get his medications at the right levels for anti-rejection.

I returned home after a one-night hospital stay. My biggest post-op challenges were nausea and the CO2 that had been pumped into my abdomen for surgery; I felt like I was suddenly four months pregnant, which gave me some discomfort for about a week or two. In contrast, Sean felt like a new person. Within in a week of the transplant, in spite of having a line of Frankenstein-style staples across his lower torso, he went to the Stanley Cup celebration for the Carolina Hurricanes and held up a sign saying “Last Monday, my wife gave me a new kidney; this Monday, the Hurricanes won the Stanley Cup. I love Mondays!”

It’s been over twelve years since the transplant. I could easily forget that it happened, as I’ve had no complications. Sean’s new, functioning kidney enabled him to start a business a few years later. We’re so thankful for Duke’s amazing medical team before, during, and after our surgeries, and for improvements in medications that allow transplanted organs to succeed. We had a great deal of love, support, and prayers as we went through the process. Living donation has made an incalculable difference in the lives of our family, and I encourage anyone who is able to consider providing this life-changing gift.

Learn more about living donation below: