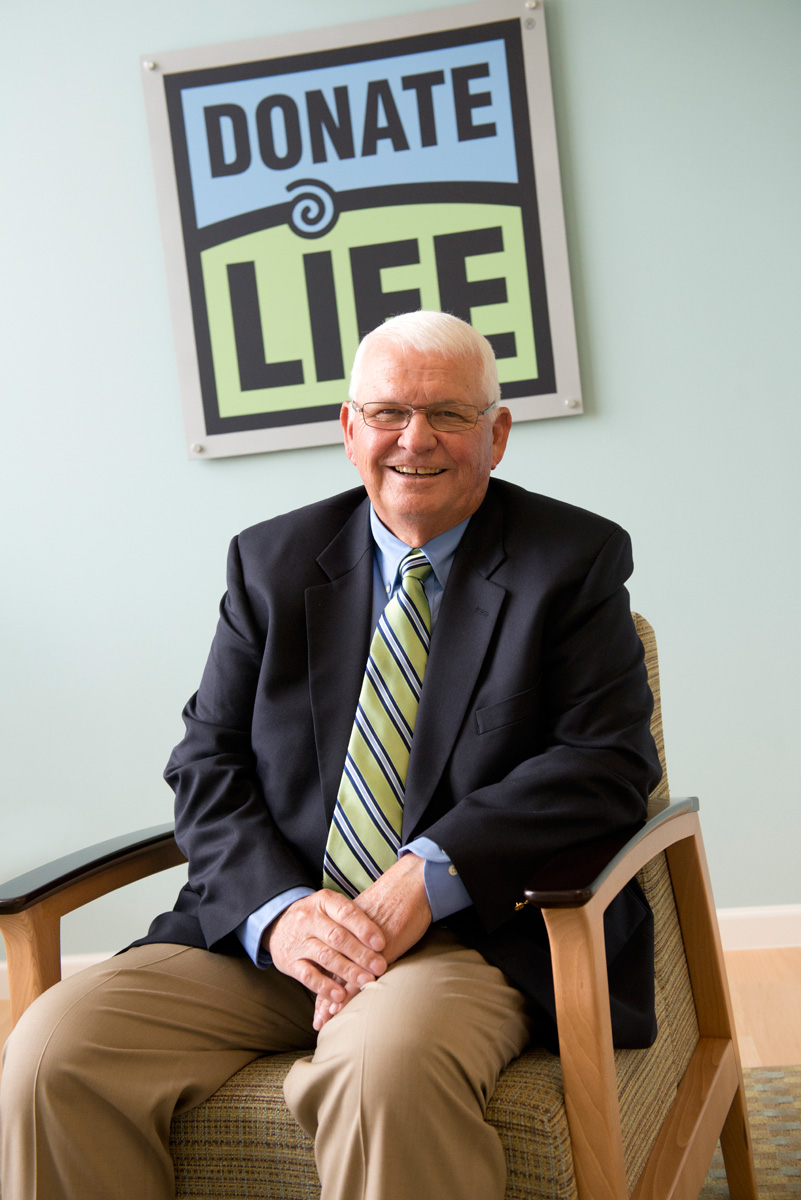 John Hoyle has spent his career as an engineer, typically working with hazardous materials in areas all over the world, including Kuwait oil well fires in the early 1990s. As part of his job requirement, John had to undergo annual physicals. In 1991, he received notification after one such physical that he had elevated liver enzymes and changes in his platelet counts, which had the potential to be leukemia. After a negative bone marrow biopsy, John and his doctors decided to watch his lab results to see what happened.

Fast-forward to 2009: John began experiencing extreme fatigue and fluid retention issues and visited his local medical facility. His liver enzymes had remained elevated during the more than 15 years of annual testing, but this time John received a much more serious diagnosis: cirrhosis and three small lesions (tumors) on his liver. During this period he was hospitalized for episodes of encephalopathy with periods of memory loss and reduced brain function. After running through other medical options, John faced one final option: a liver transplant.

In the summer of 2010, John met with the transplant team at Carolinas Medical Center (CMC) for his initial evaluation and testing to see whether he met the criteria to be a transplant candidate. After about four months of medical and psychological evaluations, he met with his transplant surgeon in November to review the results. His doctor commented to him: “If you didn’t have a bad liver, you would be in good health.” But, unfortunately for John and his family, his liver was failing. John was officially added to the transplant waiting list on Wednesday before Thanksgiving 2010.

Because of the tumors on his liver, John underwent chemoembolization therapy while waiting for an organ to become available. The larger tumor was successfully treated but follow-up attempts to treat the others were cancelled due to his failing liver. On January 27, 2011, John was at CMC for a third scheduled attempt at chemotherapy. This attempt was also scrubbed because of his extremely elevated liver functions. Typically, John and his wife did not bring their cell phones into the hospital, but for some reason, they had on this day. Just after being told by the physician that the procedure was cancelled, John’s phone rang, and a CMC phone number appeared on the screen. It was Tracy, his liver transplant coordinator: “We have a liver for you.”

Fortunately, John did not have far to travel: he was already at CMC! Everything moved quickly at this point. His coordinator called around 2pm, and by 6pm, John was in pre-op waiting to hear the final go-ahead from his surgeon that his new liver was healthy and a match. His surgeon came in at 7pm, gave him the thumbs up, and John was whisked off to surgery. By 6:00am the following morning, John was out of surgery and recovering in the ICU. His new liver worked beautifully, and he no longer suffers the effects of liver function failure that he had for so long.

Not only was John’s life saved by this precious gift, but his life was further enriched by the addition of a new family. After writing a letter to his donor’s family, John received a letter back from the mother of his donor, indicating that she wanted to meet. So, in the spring of 2013 almost two years after his transplant, John had the opportunity to say thank you in person to the family who changed his life forever. The young man who saved John’s life, Richard, was only 23 years old. His mother and father, brother, sister, and nephew could see what Richard’s selfless act gave to not only John but to John’s wife, his four sons, and three grandchildren. Since meeting earlier this year, the two families keep in contact and are forever bonded through the precious gift of organ donation.

John has continued to work full-time thanks to his new lease on life. He is able to spend time with his family and return to his passions and interests. John has experienced zero rejection and is so appreciative for the second chance Richard gave to him. Now, John is doing all he can to share his story, hoping that it inspires someone like you to give life to others, to bring hope to families, and to make something positive out of a tragic situation, by registering as an organ, tissue and eye donor.