A Second Chance to Give Life... 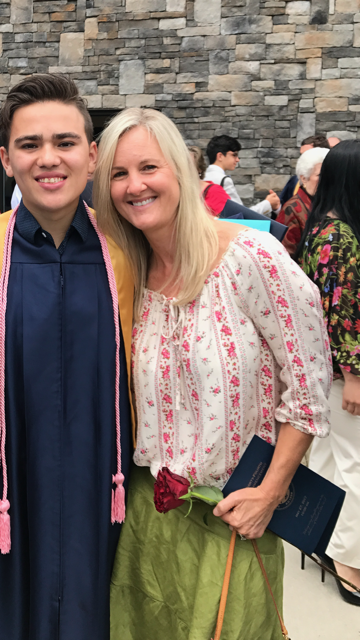 Julie Wallace first noticed something was wrong with her son Jacob, when he was just three years old.  For the next two years Jacob’s condition continued to worsen.  Through a series of tests, doctors determined Jacob would need a kidney transplant at just five years old.  Julie made the decision early on that if she donated her own kidney, she would not be able to care for her son post-transplant.  Jacob began dialysis while he was waiting for a healthy kidney.  That call came just three months after he was listed for a transplant.  Julie recalls the transplant process to be quick, yet scary.  But she was up for the post-transplant care her young son needed.

“I would just say that as a mom, the biggest fear in life is not being able to help your child,” said Julie.  “Ultimately, another mom lost her adult child and although this is beyond my comprehension, she and the family selflessly donated her child's organs---so that many others could have a chance at life.   I am so grateful for that family and although Jacob eventually lost that kidney and needed another at 16, I still think about that family and pray for them daily.  If they had not done what they did, my son wouldn't be here today.”

Jacob’s donated kidney lasted about 10 years, before he began getting sick.  His transplant team had been monitoring his health and now believed he would need another kidney transplant within the next year.   Jacob had very low energy, felt sick most of the time and found everyday tasks like going to school very difficult. This time around, Julie knew she would be Jacob’s living donor and do whatever he needed to help.

“I was already so close to Jacob, he’s been sick since he was 3 so we’ve spent a lot of time together,” said Julie.  “I didn’t think we could get any closer.  I have been able to say I gave him life twice, although truthfully him being healthy and growing up is the biggest gift I have ever been given as a mother.”

This time around, Jacob was healthier, older and more responsible. He was able to take charge of his own care. The recovery process was quicker because he was in much better health than during his first transplant at just five years old.  Their family was already familiar with the recovery process. The doctors went to work prolonging Jacobs’s health, planning carefully and giving him the care he needed. This time Julie was able to prepare herself as well as Jacob, for the surgery ahead. The surgery went well, both Julie and Jacob made a great recovery and the kidney is functioning!

Jacob, now 19, said he feels completely normal.  He is currently attending Montreat College.  He is a vibrant teen who knows the meaning of sacrifice, determination and perseverance.

All Jacob could think to say when overwhelmed by telling his story was, “Yeah, my mom is amazing.”