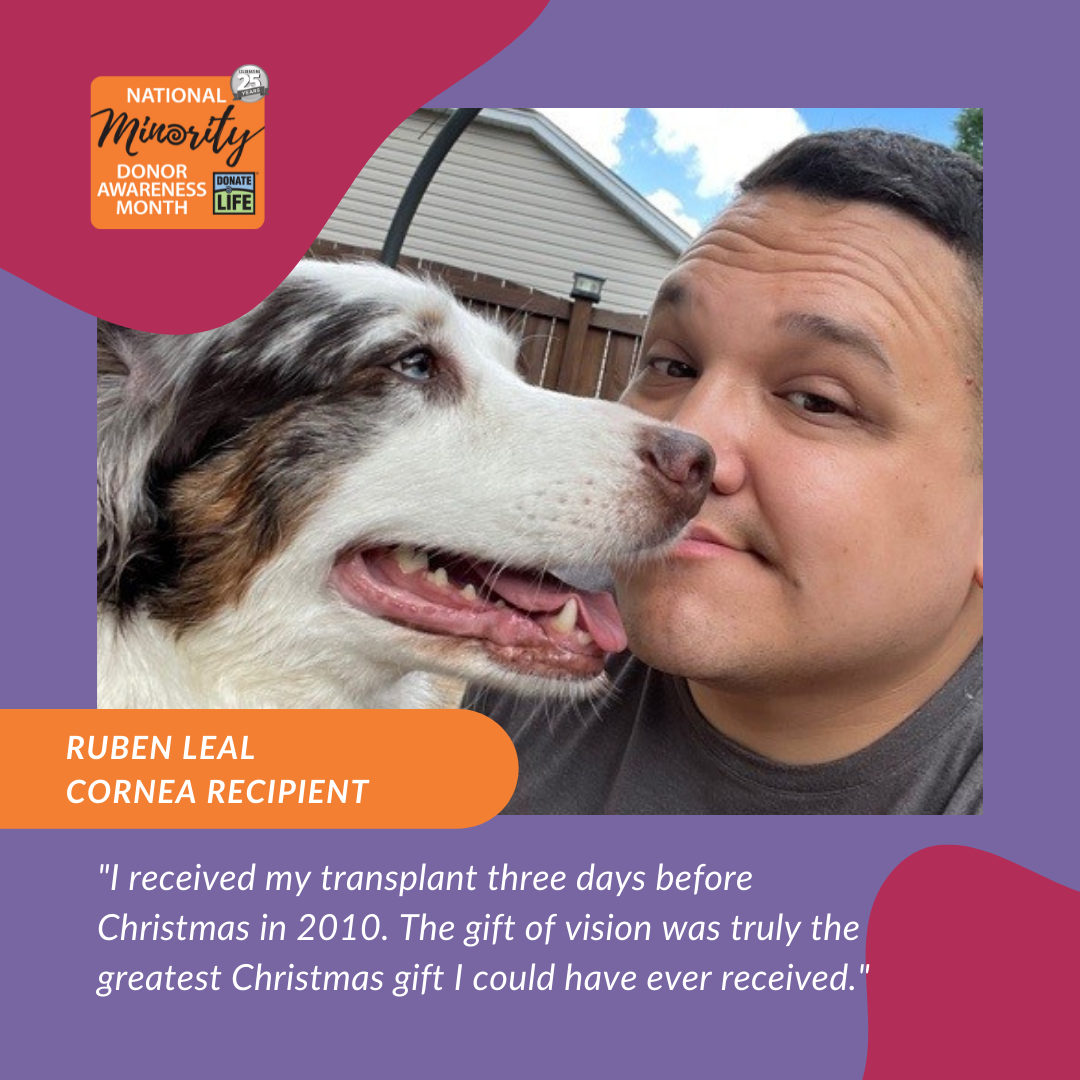 As a teenager, Ruben’s vision was getting worse, and doctors thought it was astigmatism. Further testing revealed something much more serious. He was diagnosed with keratoconus, a condition that causes the cornea to thin and gradually bulge outward. This causes blurry, distorted vision. The condition was so bad, doctors recommended a cornea transplant.

Just a few months later, Ruben was recovering from surgery. His body tried to reject the cornea a few times, but he was able to stop it with medicine. Nearly 10 years later, Ruben is happy to say he has great vision in that eye.