A Love (and Transplant) Story 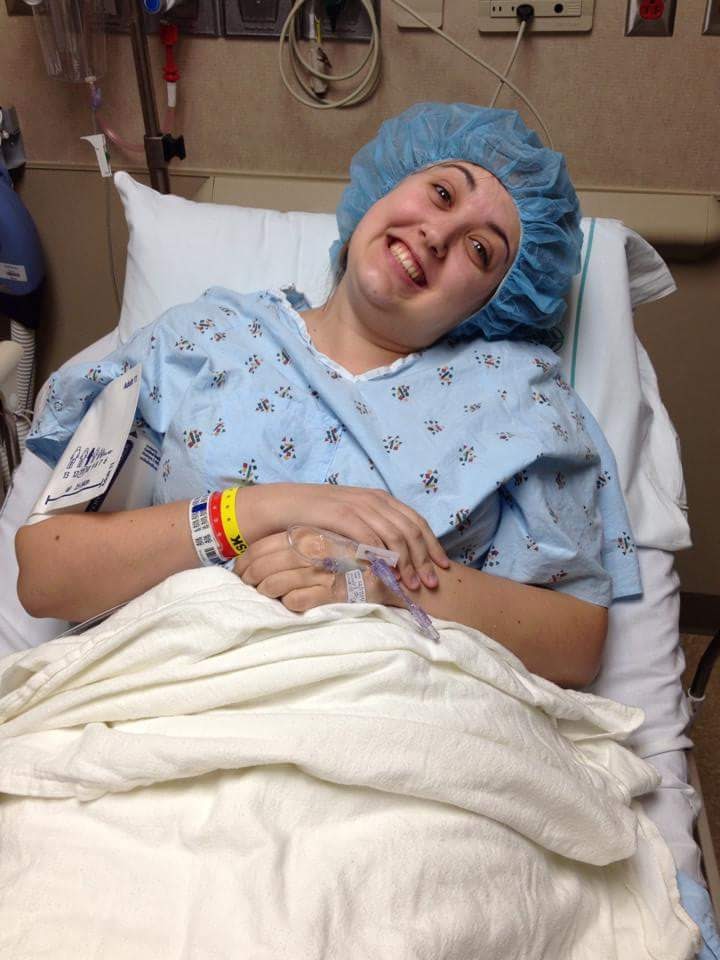 I met my future husband and kidney recipient in 2010 at Western Carolina University at a party after a football game. I have to admit, I was not even the slightest bit impressed by that first meeting. We had several mutual friends on campus, and people cross paths frequently at WCU. When I ran into mutual friends and he was present, we were always cordial to one another, but we didn’t really have an actual conversation with each other until 2011.

That August, I came back to school to begin my senior year. I met up with some friends to go hiking that morning, and then we went to a cookout at Robertson Hall that evening. It was the start of hanging out at “the Hall” (as we called it) pretty frequently that year. As a result, Matt and I were around each other often and got to know each other a little better. I was recently single and honestly a little put off by the whole dating scene. It turned out that Matt was in a similar situation, and we ended up hanging out pretty often as a way to wallow in all our bitterness and have plans on Friday nights when everyone else was out going on dates.

After a while, Matt made it pretty obvious that he wanted to be more than friends, but I didn’t want to be in a relationship. We continued to hang out as friends; he continued to ask me to go on dates with him, and I continued to tell him no. One night, I was at the library studying with a long-time friend, Josh. I had known him since middle school, and we had been friends the majority of that time. Josh convinced me to say ‘yes’ to one date with Matt. He said whether it went well or horribly wrong then, at least, we would both know and would be able to move forward. I told Josh I would think about it, and we continued to study for midterms.  Matt was persistent and asked me to go on a date with him one more time. This time, I told him ‘yes.’ It went well, and we continued dating throughout my entire senior year.

As summer was coming to a close, and I was set to move several hours away to begin my first “real” job, we planned a trip to West Virginia to meet Matt’s extended family. The Losh Camp is a true hidden gem in this world, and I loved it from the moment we arrived. Unfortunately, while we were there, Matt went into renal failure, so we spent the last half of our time there in the hospital in Morgantown instead of at the Camp. It was not the trip we had envisioned, and I learned later that Matt had planned to propose the day after his renal failure caused him to be hospitalized.

In another turn of events, I contracted MRSA on my face while staying at the hospital, and it was treated as an allergic reaction at first which made it worse. I began my first job after college looking like a swamp creature. Luckily, I found a dermatologist in my new city that immediately diagnosed it correctly and it cleared up in a few days with the help of some antibiotics.

During that time, Matt saw several nephrologists and was told he would need to go on dialysis and would eventually need a kidney transplant. This led to a ton of doctor’s visits, medications, procedures, etc. Matt began peritoneal dialysis and continued that treatment for almost two years. Dialysis is a wonderful, life-saving treatment and a testament to modern medicine--but, it is a miserable existence. It was difficult to watch Matt go from a fun-loving, goal-oriented 22 year old to having to put his dreams on hold and be tethered to a machine for 9 hours a day. It was a difficult experience for me, and I wasn’t even the one experiencing it first hand.

Matt had been on dialysis for about a year when we found out I was a match. He was very conflicted about me being his donor, but I can be a bit stubborn when I put my mind to something, and in the end, he accepted it. The morning of December 17, 2014, the amazing staff at CMC’s Transplant center removed my kidney and put it in Matt’s body.

Fast forward to today, and we are both doing well. We have a two-year-old, two dogs, and a cat. We enjoy being active and living life to the fullest.

I now advocate for living donation with the Charlotte Chapter of WELD. I share my story to raise awareness about how rewarding it is to change a life for the better. It is so common for people to see tragic situations and say “someone should do something.” Our transplant was the moment when I realized that I am that someone, and it led me to the best gift I’ve ever received: I watched life return to my husband. Watching him take his dreams back off the shelf and chase them again is well worth it all. I would do it again a thousand times over if I could.

I Want to Be a Living Donor (I think!)