Leslie and Madeline's Story: A Mother to Daughter Liver Transplant 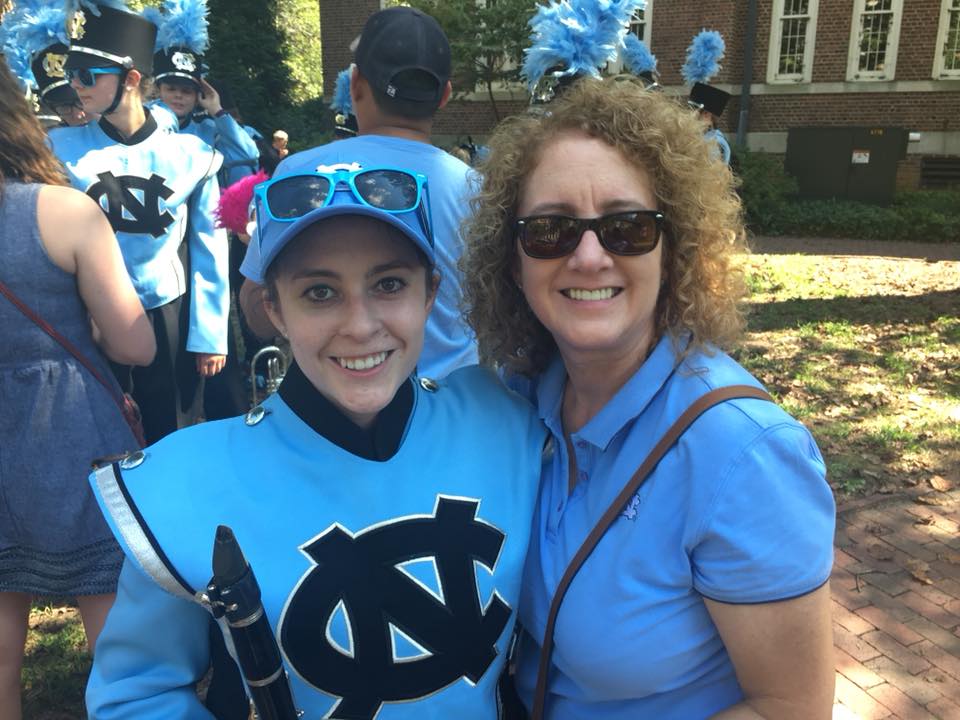 In honor of National Donate Life Month and Pediatric Transplant Week, we’re featuring an interview from Leslie R., a living liver donor to her daughter. Pediatric transplants differ slightly from other organ donations, since organ size is critical to a successful transplant and children often respond better to child-sized organs, or as in Madeline's case, partial organs. There are currently 1,900 children under the age of 18 waiting for a transplant in the U.S., and more than 25% of them are under 5 years old.  Read on for Leslie's journey for her daughter's transplant.

My name is Leslie, and I live in Cary. My daughter Madline was diagnosed with biliary atresia shortly after her birth on November 3, 1996.  Her bilirubin levels were high, and even with medication they would not go down.  We were referred to UNC Children's Hospital for a liver biopsy which confirmed the biliary atresia diagnosis.  We were told at the time that she would need a liver transplant by age 3.

That summer, when Madeline was about 8 months old, her health started declining rapidly, and she was put on the donor wait list.  I had read an article in a magazine about another mother who had donated part of her liver to her daughter.  When I first brought it up to the transplant surgeons, they were hesitant because only one such operation had been performed at UNC Hospitals and it has only been about 6 months. However, as my daughter's health declined, it appeared to be the only option. At that point, my #1 concern was saving my daughter's life, and I would have done anything to do that.  I pleaded with them to test me for compatibility. While we were waiting for our surgery, UNC performed 2 more living donor operations.

Do you remember the day of your surgery? What was it like?

How was your recovery?

My recovery went very well.  I was discharged after about a week, but I just moved into my Madeline's room in pediatrics.  I wanted to be with her and oversee her recovery. She also recovered very well.  She went  home from the hospital on something like 10 different medications.  After 25 years, she only takes anti-rejection medication twice daily! I learned that organ donation is a wonderful gift, and it saves lives!

How has transplant affected your daughter's life?

Growing up she has had way more doctor's appointments than the average child and a few hospitalizations along the way.  However if you ask her, she says she led a normal life because it was HER normal.

What would you like people considering living donation to know?

I want people considering living donation to know that it is the best gift you can give someone.  You can save lives!

Every day that I look at my daughter and see all that she has accomplished in her short life, I am grateful for the miracle of living donor transplants.