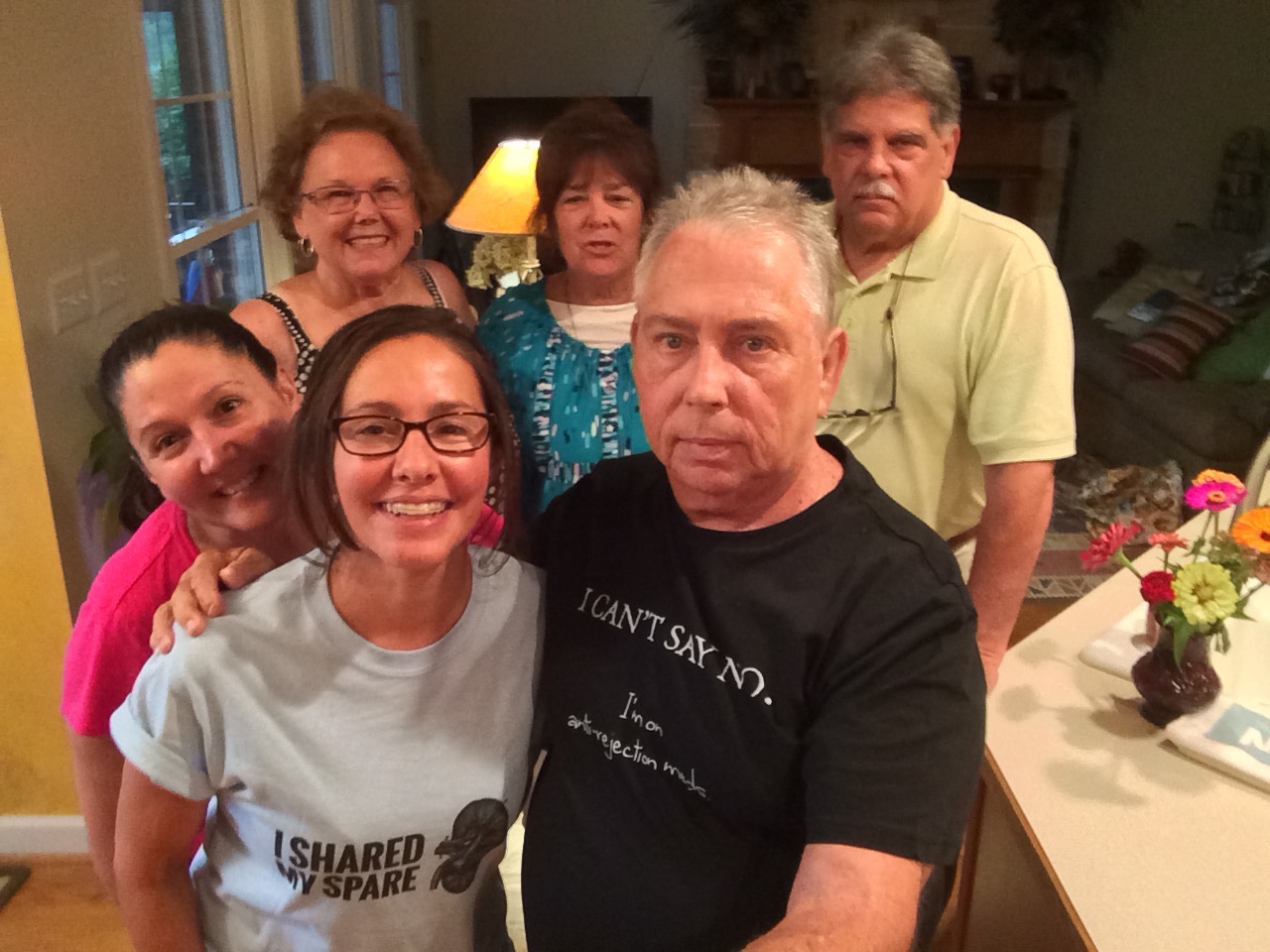 My name is Gloria. I am the wife of Ronald Bohmuller. We have been married for 38 years (39 in June).

My husband had found out he was losing his kidney in his 20s while serving in the United States Air Force. They related it to some type of possible reaction to the vaccinations he received while in the Air Force, possibly an immune response that attacked the kidneys .

He was on dialysis soon after we met in college. He decided to move back home to North Carolina, where we both went to school at UNC -Chapel Hill .

Together, we learned to do home hemodialysis and did it for seven years.  He graduated in computer science and geography and I as a BSN -RN .

He got his first kidney after being on the transplant list for two weeks. He was so sick! Very thin, he lost weight to 128lbs . A dentist/ pathologist at UNC -Chapel Hill told him, "If you were my son, I would tell you to get a transplant."

He soon after went on the transplant list and two weeks later was called in. In 1989, at Duke Va Medical Center, and had a great wonderful life with it for 26 and a half years . We were so blessed and grateful to have received such a gift from the lady who had passed and had decided to donate . In those days, they did not let you know your donor. We knew it was a young lady about Ronnie s age who passed in a boating accident.

He eventually lost his transplanted kidney after getting the flu .

I always told him, "Maybe if something happened to your kidney, maybe I can give you one of mine."

He went back on the transplant list and we started home hemodialysis again. He was now in his late 50s and was not doing well on dialysis. He had lots of reactions to the medications they would give him .

We started the transplant process at UNC, then transferred to Duke Medical Center. It took a long time . It was very hard on us doing home dialysis this time . Then, finally, in May of 2016, they said we both were a match and I passed all the medical requirements. We got friends and family to be are caretakers.

Then, on August 1st, I got to share my spare with my husband. It was truly the gift of life. We now are living life off dialysis again! We can do things again thanks to the the expertise and knowledge of those all working in the transplant field . We have now been blessed twice . Dr. Collins at Duke placed my kidney in Ronnie and Dr. Kadiya Ravindra removed mine to give to Ronnie.

As I said, we are super blessed. We are so lucky to get another chance at life together!

We hope our story helps other to decide to donate and give life to others!

To learn more about living donation and how to become a living kidney donor, visit https://www.donatelifenc.org/content/living-donation-resources