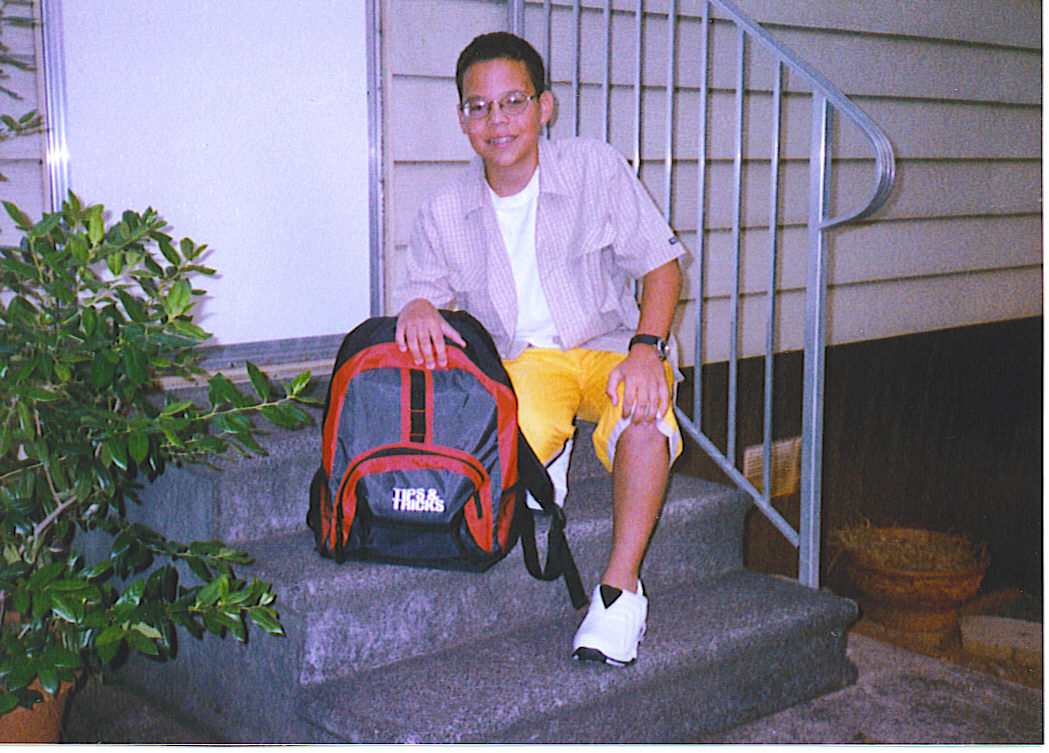 At the time of my son’s death, we lived in Concord, NC, where I am at present. Garrett H. Terrell died on 9-22-03 at the age of 11. He died 6 days before his 12th birthday, which became his memorial service date.

Garrett was in the 7th grade and a typical boy of the time.  He enjoyed playing chess, listening to music, riding his skateboard, and playing video games. His passion was art. He was a wonderful artist. One of his final drawings to me has become the title of his story, if I ever sit down and finish the book. It has become my passion – “Remember Me”.

His donation was somewhat special. Being a diabetic, his pancreas could not be used, but everything else could. He also gave corneas, and other bones and tissues after I was a little insistent. The case worker explained to me that children don’t usually give bone due to it is still developing. You have to be 12. Well, I informed her that he would turn 12 in 6 days…how 12 do you have to be? She checked on some things and came back to me…we can take them! Yes! Now, instead of 7-8 people being helped, it would be 50+.

Several weeks after his death, I received the initial letter of where the organs went. He is spread from the North Carolina coast to the California coast, and up and down the east coast of the United States. Since that time, I have found out he has impacted the lives of 156 people (as of 2021) through organ, bone, and tissue donation. I have met the liver recipient. That meeting made the front page of The Charlotte Observer. It was a very special day. The heart was not able to be used intact. Instead, the valves were used. One valve was used on a two-day old boy that I have had the pleasure of meeting and watching grow up into a wonderful young man. A kidney recipient sent me a simple thank you note, but I had to have it translated. It is very special to me as well…his handwriting.

Organ donation is the best gift you can give to anyone. You will acquire such a family that you will never be alone on this walk. There is always someone there for you.  Everyone’s story is a little different, so specific advice would be hard here. I go around and tell my story, so I am more than glad to help where I can. You can ask me ANYTHING!

Please don’t wallow in the sorrow. Yes, take your time to grieve, but find a passion, a good, to take away from the loss. I know some have gotten laws made or changed, started foundations/scholarships, built things in memory, etc. I am keeping my promise to my son –“The world will know you were here.” This link is to a movie I made of Garrett’s story. It was a godsend, and my catapult: www.vimeo.com/9957697. This has been my passion…to get this seen around the world, and then some. The mission has been accomplished, but there is plenty of room for “icing on the cake”.

Making the decision to be a donor was a no-brainer. We had already discussed organ donation in his short life. With him being diabetic, when the time came, he would get my pancreas and kidneys if needed. He had also gone with me to blood drives, so he understood the helping of others in need.