A Fight for Two Lives...A Gift of Life Blog Series 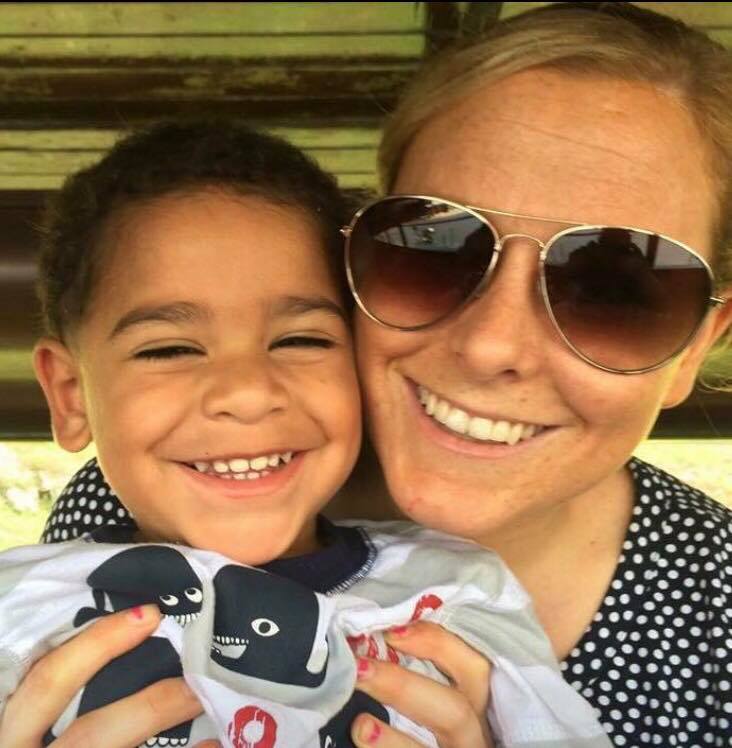 Emily Godwin’s life changed forever, the week before delivering her baby boy.  Emily developed a high fever as she came closer to her due date; causing doctors to give her an emergency c-section when it creeped to 103.5 degrees.  Her son’s birthdate…. became the fight for her life.

Emily gave birth to a baby boy named Aiden, who became equally sick at birth.  Doctors airlifted Aiden to Duke hospital, they were not sure her new baby would survive.  Emily was discharged, though continued to fight illness as her young son fought for his life.  Seven days after birth doctors were still perplexed, while Emily’s health quickly went downhill.  She would join her son at Duke, when doctors teamed together to determine what had made this mother and son, so sick.  At this point Emily’s liver enzymes were through the roof.   Doctors finally discovered a rare virus made the duo ill, quickly treating both with antivirals.

Aiden would quickly heal, though Emily’s health would be a continuous battle for the next three years. During this journey she would spend her life in and out of the hospital. Eventually, a procedure done to help the blood flow to the liver, caused Emily to go into full liver failure.  She would receive the gift of life, just in time.

“It was surreal,” says her mother Diana Godwin.  “We knew she would not live without it, we couldn’t believe it was actually happening.”

The family got the phone call that would save her life.

Despite efforts to reach out to the donor family, Emily does not know who they are, except that the donor also was able to save someone with their heart.  If she was able to thank them, Emily knows exactly what she would say.

“I would tell them thank you for my donor hero.  I am able to see Aiden grow up.  That was a fear of mine, not seeing him grow.  I can’t thank them enough to be part of his life.”

Emily is now two years post-transplant.  Despite a few challenges along the way she is thankful for the gift of life and her organ donor.

“I think about that all of the time,” recalls Emily.  “I couldn’t imagine what they went through.”

Aiden is a healthy, growing young boy and Emily is enjoying every moment, thankful for the second chance at life.