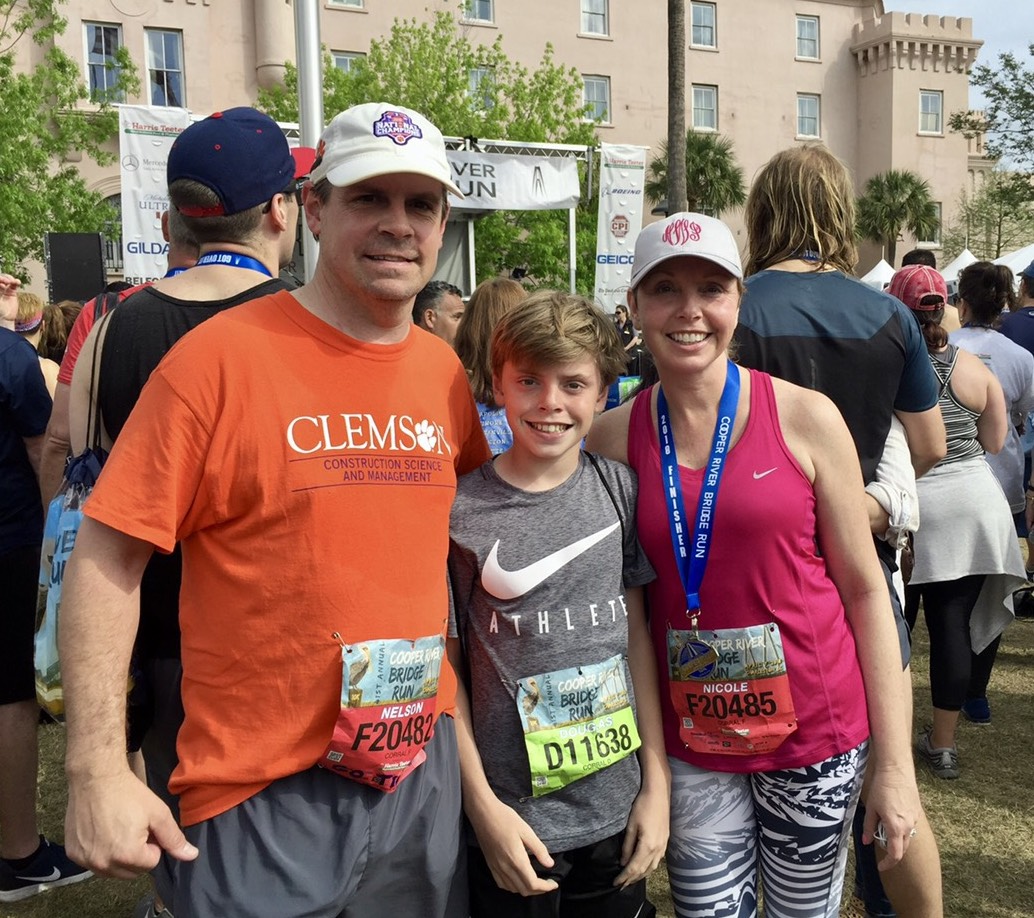 My transplant story actually began in January 2014 with my father, Gene Parris. He was 56 at the time and started noticing he was coughing and getting short of breath when he would walk upstairs.  This led him to reach out to his primary care physician, who then referred him to a pulmonologist. After having an open lung biopsy, it was determined that my father had pulmonary fibrosis (a non-curable scarring of the lungs over time). However not only did my father, who was never a smoker, have pulmonary fibrosis he also had stage four lung cancer which was a result of the scarring on his lungs. A week after this diagnosis, on June 23, 2014, at the age of 57, my father left his earthly home.

June 23, was not only the date my father passed, but it was also his father’s (my paternal grandfather’s birthday), who had passed when he was 44 years of age. The theory had always been that my grandfather passed due to lung disease from asbestos exposure from his work. However, upon further research after my father’s passing, it was determined that he too had passed from pulmonary fibrosis.

During the time of my father’s illness, I had also sought care from my primary care physician concerned I had exercise-induced asthma. Every time I exercised, I would break into coughing spells.  She gave me an inhaler and suggested I see a pulmonologist. Little did I know my husband was already one step ahead of me and had talked to my father’s ICU pulmonologist regarding the fact that I was experiencing a lot of the same symptoms my father had.

Two weeks after my father’s passing, I find myself being told by his pulmonologist that my lungs were indeed, “not happy”. At this point, we decided to see a lung specialist at Duke.

From August 2014 through January 2016 I remained relatively stable (or at least on a slow decline) being treated with immunosuppressants. On a warm day in February 2016, I decided to go for a walk (not an unusual thing as I was still exercising on a regular basis).  However, on this particular day, I decided to bring my pulse oximeter just to see how my oxygen levels were holding up when I exercised. I made it to the end of my cul-de-sac (which was not very far) and my oxygen levels had dropped into the low 80’s. I was stunned!

This discovery set off a whirlwind of events over the next few months. I contacted Duke and they immediately started me on oxygen when exercising. They also did a scan and discovered I had a place on the lower lobe of my left lung that looked highly suspicious for cancer (exactly like what happened with the scarring in my father’s lungs). After attempting to biopsy this spot several different ways unsuccessfully. It was determined I would need to have the lower lobe of that lung removed.

The first week in June 2016 I had a lobectomy at Duke, remained in the hospital a week, and returned home doing relatively well all things considered. A couple of days later, I receive a call from my physician saying the spot was indeed cancer, which was not good news because Duke will not transplant you unless you are two years cancer-free (and my lungs did not have that kind of time).

The following morning, I woke up with a high fever, low pulse ox, and was immediately admitted into the ICU at my local hospital. After spending a couple of days there, my husband received a call from the Director of Lung Transplant at Duke saying since the surgery had removed all of cancer, they were calling it curative and I was a viable transplant candidate!

At that point, I was helicoptered to Duke. On June 23, 2016, two years to the date of my father’s passing, I signed the papers for my double lung transplant. Four days later, at the age of 41, I received my life-saving transplant!

Since then I have been able to celebrate anniversaries, birthdays, holidays, and regular days. I have seen my son grow into a wonderful young man who will start High School this fall. I have watched my husband be able to enjoy life without having the weight of the world on his shoulders.

I will forever be grateful to the family who made the selfless sacrifice to donate their loved one’s organs. It truly is a gift of life and there will never be appropriate words to express my gratitude!