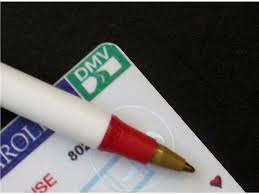 Myth: If I'm a registered organ donor and I'm in an accident/get sick, the doctor's will just let me die to get my organs!

Whoa. While this is one of the more commonly heard organ donation myths, it still makes us shake our heads in disbelief for several reasons.

First, your donor designation status has ZERO impact on your medical treatment. Doctors, nurses, and hospital staff do not have access to the organ donor registry. Only designated recovery agency staff have the ability to view anyone's designation wishes.

Second, and more importantly, medical professionals have all taken an oath to save the lives of their patients. The thought of "letting someone die" is not only immoral and unethical but counters the very reason the majority of people go into medicine: they want to heal people, save lives, and allow families to be reunited. Anything to the contrary is viewed as failure on their parts.

Third, organ donation is not brought up in the hospital setting until all lifesaving interventions are exhausted. Only a very, very small percentage of Americans, just about 1%, will end up donating organs after death. That is because the majority of organ donors must be declared brain dead. This is when all blood flow to the brain has ceased. Doctors run a battery of tests, twice, to confirm whether a patient has deteriorated to brain death. You can learn more about brain death here.

Patients who die on the scene of an accident cannot be organ donors. Once the heart has stopped beating, there is no longer oxygen going to our organs, which eliminates their viability to be transplanted into the lives of others.

Rest assured that if you happen to be in an emergency situation, you are the most important person in the eyes of your medical team. No matter if you are a registered donor or not, wearing green socks, how you vote, or what you ate for breakfast, those first responders will do whatever they can to ensure you can return to your family, friends, career, hobbies, and life.

How do you respond to this myth if you hear it in public, from a friend, etc.?