Don’t Let Perfect Be the Enemy of the Good 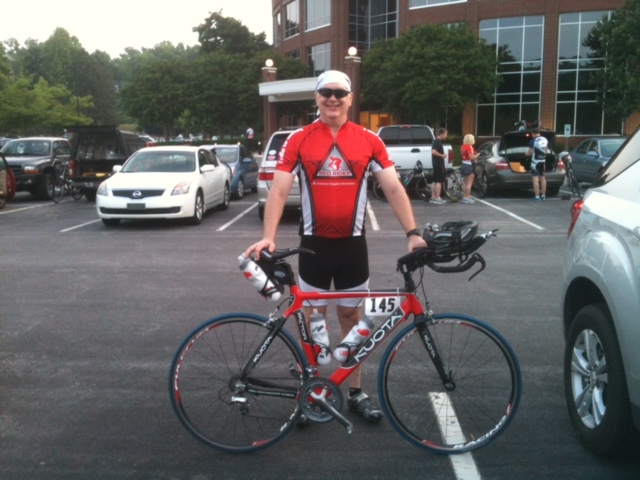 Heart transplant recipient Kevin Slinkman has fought many battles in life. He entered his adulthood full of ambition and courage joining the Air Force right out of high school in 1979.  He was admitted to the U.S Airforce Academy, and at the time he had no idea where the military would take his life.

By 1992, the year he retired from the Air Force, Kevin had lived in many countries around the world, received several educational degrees, and reached the rank of Captain. Kevin also fought in the Gulf War. Having served in the 7th Airborne Command and Control Squadron in Qatar, between Operations Desert Shield and Desert Strom he was involved in around 45 combat support missions.

It was during his time in the Air Force that he also started triathlon training. Even after his retirement, Kevin swam and ran, but to this day his passion is cycling.  Kevin even made his love of cycling into a business for a short time by founding the company Bikes for Life. He and his partner, a fellow kidney recipient, would make home visits and repair bikes.

Three years ago, Kevin was riding his bike up a hill in his bike route and noticed it was getting more difficult. “I thought it was because I was over the age of 50, so I began finding different ways to get up the hill,” says Kevin.  After a few months, things began to get worse; it was harder to breath and walking up the stairs was like “climbing Everest.”As his health continued to decline, Kevin decided to head to the doctor.

Suddenly, Kevin and his family were facing a new battle. A series of tests revealed that he only had 25% of blood flow to his heart.  Kevin was diagnosed with a Bicuspid Valve and he would need an artificial valve to help his heart function. Unfortunately, his heart never fully recovered or went back to the right rhythm.   A series of setbacks over time caused his heart to fail, this time doctors started talking about a heart transplant. It was a hard diagnosis but Kevin says that in order to stay motivated he decided to focus on the saying “don’t let perfect be the enemy of the good”.

After a few false alarms, while shopping for his wife’s birthday present, Kevin received the call he had been waiting for…. the one that would save his life. Kevin would be getting a new heart. That heart gave Kevin a second chance at life. Now, Kevin is healthy and doing what he loves.

He is excited about the Donate Life NC fundraiser, The Big Fig Pig Ride because it will be his first Bike Riding event since his transplant.

"To me, personally, it means I'm back. I survived,” says Kevin.

Join Kevin Slinkman and other bike riders for the Big Fig Pig Ride on October 21 at Anderson Point Park to help raise funds and awareness for Donate Life NC.  Register for the Bike Ride before October 8th to be guaranteed a t-shirt by visiting  https://www.classy.org/raleigh/events/big-fig-pig-ride/e138105