Donating to Dad: My Road To Giving My Kidney 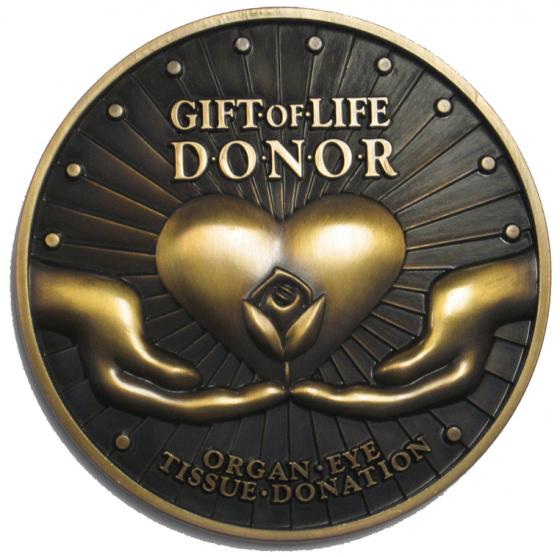 My father, Raymond, was diagnosed with diabetes at ten years old. During the course of his life, the diabetes slowly took a toll on his body, causing almost every complication associated with diabetes. In 1991, he received his first kidney transplant at age 36. This kidney lasted about eight years before it started to fail due to the persistent diabetes.

My father then began peritoneal dialysis, which worked for a bit. Unfortunately, this treatment became no longer effective, so the doctors opted for hemodialysis. I went with him one time to a hemodialysis appointment and realized there was no way he would survive another two to three years on the transplant waiting list undergoing this treatment. This is when I decided to get the testing done to see if I was a compatible donor. At the time, I was 22 years old. My dad was not happy about my decision because he didn’t want me to jeopardize my health. But, I didn’t care: this was my dad.

I went through several months various testing, blood work, exams, psychological testing, etc. At the end, we learned that I was a match! We scheduled our surgery for October 25, 1999. It was additionally exciting as I was one of the first people to donate a kidney laparoscopically in Michigan. Due to some challenges in coordinating the various teams involved, our surgery was bumped back one month. On November 15, 1999, I was able to successfully give my dad one of my kidneys.

Sadly, my father passed away just over four years later on June 22, 2004. My kidney was still rocking and rolling for those years, but the diabetes had destroyed the rest of his body.

I want to share my story so people understand that you can still live a normal life after living organ donation. It’s been almost 14 years since I underwent the surgery. Today, I have a three-and-a-half year old son. Additionally, I have inspired two people to be living donors. I still do everything I did before the donation. People were worried because I was so young when I made the choice to donate my kidney. There was also concern that I might be diabetic as well, but in the battery of tests, they determined that I was free and clear.