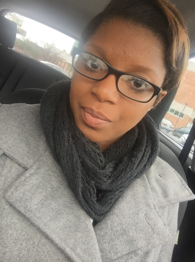 Aaliyah Carrington is a born and raised North Carolinian from Raleigh. In May 2013, Aaliyah became sick. What she thought was a stomachache quickly escalated and by June of 2013, she had developed jaundice.  She was admitted to the hospital in July after labs revealed abnormal results and she and her family soon learned that she had acute liver failure. She was told she would need a transplant to save her life.

Her condition continued to decline and ultimately, she was placed on top of the transplant list in a short amount of time. Aaliyah thinks back to what her life was before this life-changing event, “Before my transplant, I was a healthy 19-year-old who just finished her freshman year in college. I had no idea anything such as this could happen to me and I often wondered why. I had no worries, no health responsibilities or anything like that all I had to worry about was how to be successful in school and what I want I wanted to do after".

As the reality of her health situation set in, her family stepped in to offer their help. “My family was and is my support system,” Aaliyah shares. “My mom and my aunt would rotate every day and would spend the night with me each day before and after my surgery. Besides that, I had a huge support of family who came to see me, pray for me, and just provide a smile or positive company while going through my journey.”

During her most difficult moments, two of the things that gave Aaliyah perspective and motivation were her mom, the person she considers her best friend, and seeing the strength and perseverance of other, younger children. Aaliyah was young enough still be considered a pediatric transplant candidate and she remembers telling herself, “I have so much to live for and a purpose for my life that I have to make happen. This journey I saw as a start to my future, I definitely was not at the end.”

In the early hours of July 28, 2013, a doctor came into Aaliyah’s room and told her and her aunt that a liver match was available for Aaliyah and she would be having surgery in just a couple of hours. The excitement set in and family members came by to wish her well before her surgery. It all happened so fast, “The last thing I remember was watching the nurse wheel me back to the operating room and before I got there I was out like a light,” says Aaliyah.

Since her transplant, Aaliyah’s life has improved but it hasn’t been without its bumps on the road. Recovering from a liver transplant and the impact that it had on her life is a part of her everyday life but still, she believes her outlook on life has changed for the better. “I definitely live life to the fullest as much as I can now. I don’t like putting things off and I try not to hold grudges or live in negativity for long. I have learned to live in my truth for me regardless of other people and my spirituality has grown tremendously.”

To people who have not gone through a journey like Aaliyah’s or don’t know anyone who has received a transplant that this is something that could happen to anyone for any reason and encourages them to remember, “Life is short, cherish the little and big things in life. Love on the people you hold dear to you now while you are all still here. Live and do everything you put your mind to. Use your uniqueness to make this world a better place.”